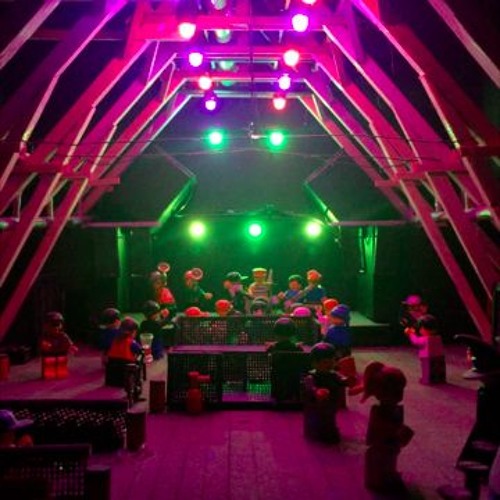 Live recording from the Acid Arab Afterparty @ Dachstock, Bern.
My idea was to play some “World" influenced stuff.
Hope you like it. I had fun!
Biru

Parisian DJs Guido Minisky and Hervé Carvalho are far more than just excellent record-makers; They are fricklers, true sound barkers. Two heads on a mission somewhere between riad and chicago. Rough Acid House meets traditional patterns from the Middle East and the North African region. But it does not seem to be a fusion, but much more the confrontation – the clash of East and West on the dancefloor and so that it really bangs! ACID ARAB are definitely not a chatterbox and do not seem to be Utopians either; People who fear a world-destroying Worldmusic character are sober, he lacks entirely. Rather, the timbre is mostly gloomy, psychedelic and the tracks with their pumping acid pulse always very straight-forward. In doing so, nothing is clawed or simplified for the sake of access; All very raw, dirty and pretty fuckin dancable! To support from Friborg are Luc Bersier and Michael Francey aka PANDOUR. A DJ and producer duo, which are currently working together with two livemusics together on one project. Instrumental grooves meet with synthetic beats, hip-hop blends with house and broken beats. Wonderful soundscapes and a wise addition to ACID ARAB. Dancefloor support comes from BIRU, one half of the ROUND TABLE KNIGHTS, which lures with pearls from its record box to dance until early morning. This fits in perfectly: as a musical predecessor of the Bonsoir, he has already brought the French to Berne for a DJ set in 2014 – as it is almost obvious that the BIRU the afterparty at the ACID ARAB live premiere in the Dachstock schmeisst.